, I am truly sorry for your recent loss. I want you to know that you have our sincerest condolences. And as for this so called movie that claims to expose the nature of our beloved Prophet (S.A.W), I want you all to know that this is nothing more than a great blasphemy against our beloved Holy Prophet (S.A.W) and what we Muslims believe in! For those who are sensible enough, I think they will get the point.
As for those who do not, those who made this ridiculous video and those who back the person who made this video by saying that he’s only practicing his right of freedom of speech, let me tell you this:

Like everything, even freedom of speech has a certain limit that a person is not supposed to cross. That is, you are only given this right, so that you can practice it responsibly. Just think about this for a second…Forget about the movie, forget about Islam for a moment and just think for a second. If you want to say something that you know is going to cause an uproar among a certain people with certain religious beliefs, that is totally negative about that religion and it’s also about something that those people hold really dear to their hearts, do you honestly think that everything’s going to turn out just fine without any consequences? To a logical mind, this doesn’t make sense.
Our Love for our Prophet Muhammad (S.A.W) is only second to the Love that we have for our Creator, Allah. And if what I’ve said till now made sense to you, do you honestly believe that you can just criticize one of the greatest creation of this Universe? Are you willing to sacrifice the peace that we all have right now for hatred among one another?
If you just think about it, your mind will tell you that all of this hate, all these despised acts are against one’s logical reasoning. So I ask you, please refrain from causing mischief among all of us. 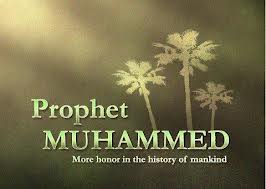 Have you ever wondered why we love the Holy Prophet (S.A.W) so much? There are countless examples from every aspect of his blessed life to ponder upon, and I admit I’m not doing justice to his noble life by just listing a couple examples, but in order to just give you a glimpse, I feel this is necessary.
After the death of two people most beloved to him, first his uncle, Abu Taalib (who had protected him from the people of Makkah), and after a couple of weeks, the death of his wife Khadija (who had been by his side throughout his mission as the Messenger of Allah), the emotional impact on the Holy Prophet (S.A.W) was so severe that this year was called ‘the year of sorrow’. And if these two incidents were not enough, the same year, a third incident occurred, and that incident is known as the ‘Incident of Taif’.
There is a city close by to Makkah, around 80 km away, and is known by the name Taif. After preaching Islam in Makkah for 10 years, the Prophet (S.A.W) decided to leave and try somewhere else. He thought that maybe the people of Taif would perhaps listen to the message and maybe they would be more inclined to accept the truth.
Once Aisha (R.A), the wife of the Holy Prophet (S.A.W) asked, ‘O Messenger of Allah, was there any day more difficult to you than on the day of the battle of Uhud?” (For those who don’t know, on the battle of Uhud, the Prophet (S.A.W) was wounded, blood was coming from his blessed face, his teeth were dislodged, and even an arrow came and hit him. Much happened on the day of Uhud).
The Prophet (S.A.W) said, ‘Yes, the day of Taif was worse for me than the day of Uhud; that was the most difficult point of my life’. (I.e. This day of Taif had a very profound impact on the Prophet (S.A.W))
When the Prophet (S.A.W) approached the tribe of Saqeef (the inhabitants of the city of Taif), he asked to meet the chief of the town, and the chiefs of the town were in fact three brothers (Their father was once the chief of the city, but once he died, the brothers decided to share the power among each other). So the three chiefs agreed to meet the Prophet (S.A.W) as they didn’t know why he (S.A.W) wanted to meet them. When the Prophet (S.A.W) introduced him as the Messenger of Allah, told them about Islam, about worshipping only one God, and leaving idol worshipping, the three brothers ridiculed and insulted him in the worst possible manner. One of them said, ‘If you are a Prophet, I might as well destroy the Kaabah’ (meaning what’s the point), another said, ‘Did Allah not found any one better than you to send? You are the one He has chosen?’, the third one said, ‘If you are a Prophet, then you are too Holy for me to speak to, and if you are not a prophet (i.e. if you are a liar), then you are too ignoble for me (a noble man) to speak to’ (i.e. either way, you are somebody I cannot speak to.)

But this wasn’t the end of it, the three brothers then commanded their slaves and the youth to ridicule the Prophet (S.A.W) and make fun of him. Also, to physically harm him by throwing stones at him, by pelting him as he was leaving the city. So, the Prophet (S.A.W) was forced to leave the city while the people are ridiculing him, insulting him, and throwing stones at him, so much so that the blood began to pour from his body and that his shoes became soaked with his own blood. As he ran outside the city, he himself narrates to Aishaa, ‘that I could not remember where I was going’. He was in such a state of shock that he did not know where he was until he reached a garden a few kilometers outside of Taif. The people of Taif had stopped chasing him, and he sat down, tired and bleeding, being tortured and humiliated by the people of Taif, all alone under a tree. There he (S.A.W) made a dua (call) to Allah (S.W.T) and said:
“O Allah! I complain to You of my weakness, my scarcity of resources and the humiliation I have been subjected to by the people. O Most Merciful of those who are merciful. O Lord of the weak and my Lord too. To whom have you entrusted me? To a distant person who receives me with hostility? Or to an enemy to whom you have granted authority over my affair? So long as You are not angry with me, I do not care. Your favor is of a more expansive relief to me. I seek refuge in the light of Your Face by which all darkness is dispelled and every affair of this world and the next is set right, lest Your anger or Your displeasure descends upon me. I desire Your pleasure and satisfaction until You are pleased. There is no power and no might except by You.”
At this point, the Prophet (S.A.W) said ‘I saw a cloud hovering above me, and lo and behold, I saw Jibreel (Angel Gabriel) came down from that cloud, and besides him was an angel that I had never seen before.’ And Jibreel said to the Prophet Muhammad (S.A.W), ‘O Muhammad (S.A.W), your Lord has seen how your people have responded to you, your Lord has seen what they have said to you, so he has sent me with the angel of the mountains to place at your disposal.’
The angel said, ‘O Muhammad (S.A.W), if you want, command me and I will cause the two mountains of Taif to collapse upon them.’ (For those of you who don’t know, Taif is situated on some type of plateau, and the city is in between these two mountains, and the angel asked the Prophet (S.A.W) if he should just squash the people between the same mountains whose pebbles they used to stone the Prophet (S.A.W) with.)
The Prophet (S.A.W), still bleeding and his shoes still wet with blood says, ‘No! Rather, I pray that Allah (S.W.T) blesses their children to be Muslims and worship Allah (S.W.T) alone. Even if they have rejected Islam, I pray that Allah (S.W.T) blesses their progeny to be Muslim.’ SubhanAllah!
This was truly one of the greatest miracles and one of the most compassionate moments of the Prophet (S.A.W). So many are the lessons we learn from this incident. First and foremost, look at the trials and tribulations the Prophet (S.A.W) was afflicted with, all of this so that he could spread the word of Allah (S.W.T) and so that he could spread the message of Islam. He was physically tortured, ridiculed and insulted by an entire city. Nobody was there to support him except Allah (S.W.T). Look at the prayer that the Holy Prophet (S.A.W) made to Allah! That O Allah, as long as you’re not angry with me, as long as your anger is not descending upon me, I don’t care what happens with me. His main concern was the pleasure of Allah, not how mankind treated him! His main concern was that Allah (S.W.T) sends His blessings upon him. Just imagine for a second, the Prophet’s (S.A.W) ears were still ringing with the torture and the taunts of the people, the sarcastic comments and remarks had not been forgotten, the blood had not yet dried and was flowing, and yet in that state, he still forgave and made a prayer for the people of Taif, and he said at least let their children be Muslims O Allah (S.W.T). Just look at the love and concern he had. He showed the side of mercy and leniency, and that is why Allah says in the Quran,
‘We have only sent you as a means of mercy for the entire world’. (21:107)
My friends, the miracle here is not that Allah sent the angel at the Prophet’s (S.A.W) disposal to crush the people of Taif, the miracle isn’t that Allah responded to the prayer of the Prophet (S.A.W) instantaneously, no! The real miracle is the forgiveness of the Prophet (S.A.W) at this time. The real miracle is that the Prophet (S.A.W) overlooked what the people of Taif had done, and he chose to forgive and forget, and to make prayer for the people of Taif because if the Prophet (S.A.W) had willed, there would be no city of Taif right now, but instead he made a prayer for them, and to this day, Taif is a city of Islam. To this day, it is a holiday resort where families go to take their children, it’s a place where Muslims go to celebrate, it’s a place for Muslims to go to enjoy the beauty of the people and the surroundings, and if Allah (S.W.T) had willed, there would be no city of Taif today, but such is the mercy of our Prophet (S.A.W) that the city of Taif continues to remain and thrive to this day.